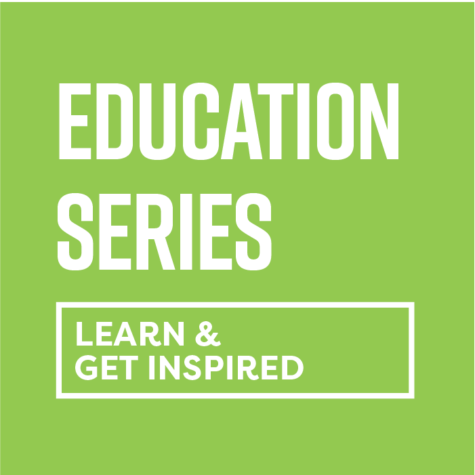 Lean & Mean or All-Star Team? Today’s emerging brands all have to decide how to attract and retain talent, scale culture, and match the company’s needs with the capabilities of its team.  Some hire for their immediate needs, while others take the long view, and hire for what they will eventually need. But when and how do you invest in developing talents vs bringing in a new skillset? Join us for an interactive session on building your team’s capacity.

Michelle Arnau – Vice President, GM North America, Global Head of People & Environment at People Against Dirty, method products pbc
A long time “person against dirty”, Michelle has worn many hats since joining the company in 2008. Within her nine years at method ® , she has led the turnaround of the cleaning + dish businesses in her role as Home Care GM, launched the award-winning “Say No to Jugs” campaign as the head of Brand Experience and most recently, has led the North American organization in her role as VP, GM North America to deliver double digit top and bottom line growth and to build the industry’s first LEED platinum-certified manufacturing plant, known as the South Side Soapbox in Pullman, Chicago. Prior to joining method ® Michelle spent eight years in CPG leadership positions across Clorox, Nestle Powerbar and Bevology, a beverage start-up based in San Francisco.

Scott Kucirek – CEO, OCHO Candy
Scott brings 20 years of entrepreneurial experience to OCHO Candy. As Co-Founder of ZipRealty, Inc. (ZIPR, NASDAQ), Scott took the company from a two person start-up and grew it to a top ten national real estate brokerage, raising over $40 million in venture capital and working in a variety of leadership roles. Prior to his current position, Scott started and led a statewide Multiple Listing Service (MLS) initiative, calREDD, to a successful launch and eventual acquisition, creating the largest MLS entity in the country. Scott started at OCHO Candy in 2010 as its CEO and runs the day-to-day business, overseeing operations, employees, online marketing, accounting and retail relationships. Scott earned a BS in Bioengineering from UC Berkeley in 1988, spent 9 years as a Naval Aviator and then earned an MBA from the Haas School of Business in 1999.

Cassie Nielsen – Vice President of Talent, VMG Partners
Cassie is the Vice President of Talent at VMG Partners, a growth equity firm which invests in consumer branded products such as KIND Snacks, Justin’s, Daily Harvest, Quest Nutrition, Bare Snacks, Stone Brewing…and many others.  Prior to her tenure at VMG Partners, she did executive search at SPMB and various Operations and Talent roles at Goldman Sachs.  She’s originally from Arizona where she completed her Bachelor’s degree from Arizona State University in Mathematics and Business.  Outside of work, you’re likely to find her doing something outdoors (camping, hiking, tennis), with friends, celebrating with a delicious sour beer…and posting all of it to her Instagram story.

Matthew Sade – CoFounder & CEO, Freeli Foods
Matthew has spent the last 25 years building disruptive consumer brands that have challenged established categories with products that are better for people and the planet. As founder of Freeli Foods, Matthew’s current mission is to make nutritious, convenient food accessible to all families. Previously, Matthew was CEO of Kite Hill where he led the company’s transformation from launch to becoming the gold standard in plant-based dairy products. He was an early employee and CMO of Impossible Foods, a company developing plant-based options to one day replace our global reliance on industrially raised meat. He came to Impossible Foods after founding Fork in the Road Foods, a leading sustainable meat company. Matthew started his career in strategy at Starbucks and managed several food brands at The Clorox Company after earning his MBA from Cornell’s Johnson School.